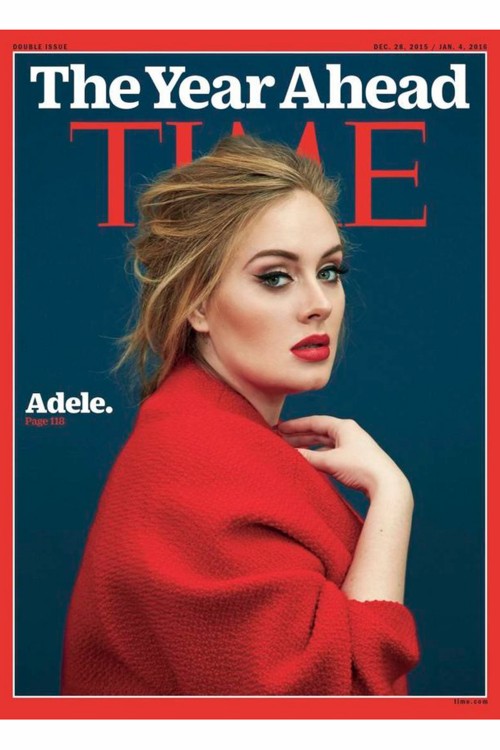 You don’t have to read Adele’s Time cover feature to know that she’s broken records – and lots of them. But in case you’ve forgotten, some numbers: she sold 3.38 million copies of 25 in the first week (Taylor Swift’s 1989 didn’t even sell half that amount in its opening week); the Hello music video is viewed an average of 1.6 million times per hour on YouTube; and her last LP, 21, was the bestselling album of 2011 and 2012. Get the picture?

This is clearly no flash in the pan; Adele’s success isn’t ending any time soon – particularly as she gets ready to tour in the coming year. Reflecting on the madness, the 27-year-old singer opened up about the shocking success of 25, how she writes her music and the role her son plays in her life. Ryan Tedder, the songwriting frontman of OneRepublic and 25 collaborator, even offered some insight. Check out the best moments below, then catch the full article on Time.com.

On why Americans might love 25: “It’s a bit ridiculous. I’m not even from America. Maybe they think I’m related to the Queen. Americans are obsessed with the royal family.”

On musicians who become “horrible” celebrities: “I don’t care if you make an amazing album—if I don’t like you, I ain’t getting your record. I don’t want you being played in my house if I think you’re a bastard.”

On raising her son: “There was never any embarrassment about showing love in my family.”

On writing (and then tossing) songs about motherhood: “I loved it. For me, it was great. Better than 25. But he’s the light of my life – not anyone else’s.”

On writing songs about “shallow material”: “‘Can you imagine if I was singing about texting?’ She cackles. ‘You would never get me singing about having a drink in the club.'”

On how she writes music: “I write a song from beginning to end. I don’t go in sections. It’s a story.”

On believing in herself: “I’m not saying my album is incredible, but there’s conviction in it. And I believe the f*ck out of myself on this album.”

On music streaming:  “I know that streaming music is the future, but it’s not the only way to consume music.”

On how her son Angelo affects her life: “He makes me so proud of myself. He makes me like myself so much.”